The information found in the charts below is drawn from our excellent database and updated automatically every month. Coupled with our years of unparalleled experience, the data allows us to not only track the latest trends in the Tokyo real estate market, but to also predict future ones. This, in turn, gives us the upper hand in helping you - the client - make the best and most informed choice possible. 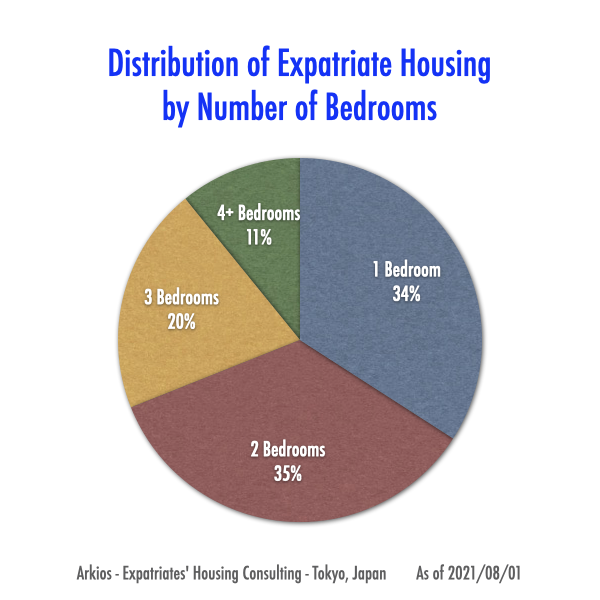 For those looking for more than four bedrooms, the selection of available properties may be quite limited. The number of one bedrooms & two bedrooms has steadily been on the rise over the last several years, as developers have constructed numerous condo projects targeting a young, wealthy, upwardly-mobile crowd, on premium plots of land bought up in the late 90's from struggling debt-ridden Japanese corporation and in the last several years from the influx of foreign capital. In fact, around 80% of luxury one-bedroom apartments, and 60% of 2-bedroom apartments were built since the year 2000! 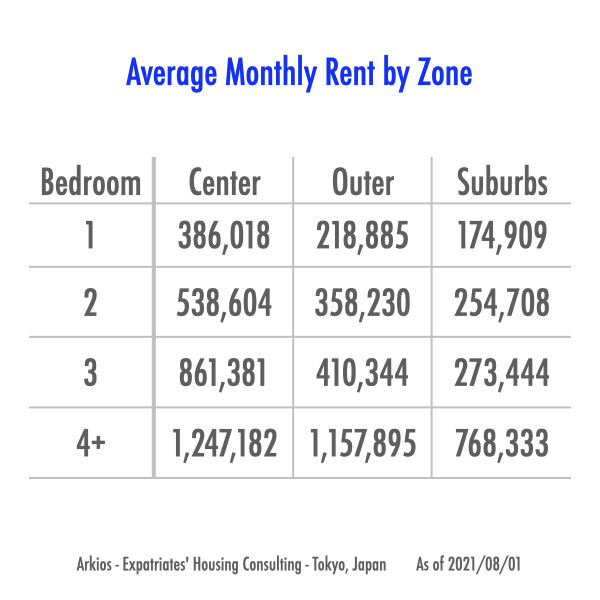 The Center refers to a roughly 5 km circle in the heart of Tokyo, which includes such popular expat neighborhoods as Hiroo/Azabu, Omotesando, Roppongi, and Akasaka. Most of the properties in this zone are apartments, with houses making up only about 10% of the total supply.

The Outer Area consists of neighborhoods immediately outside the Center circle. These neighborhoods are still quite close to "the action", and yet a bit more reasonable, in terms of rent. A good example of an "Outer Area" neighborhood is Meguro. Another good example would be the Yoyogi area.

The Suburbs refer to family-oriented residential areas in the southern part of Tokyo, which straddle Setagaya, Meguro, and Ota wards. Unlike neighborhoods in the Center and Outer areas, most of the properties in these neighborhoods are houses, and many come with decent outdoor spaces. 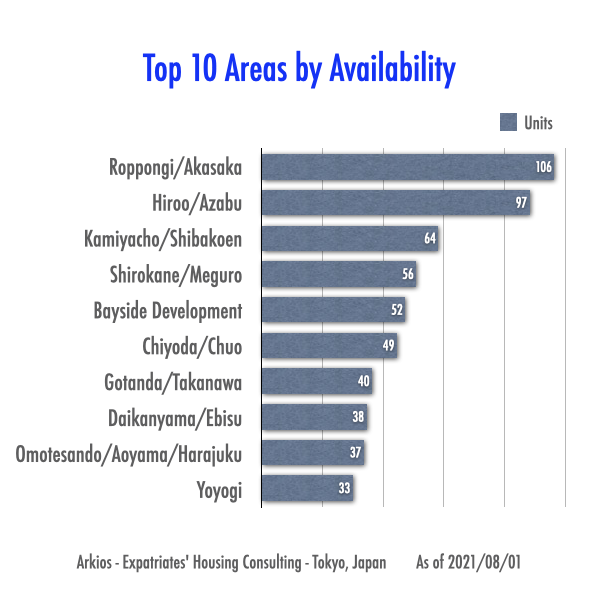 This chart lists the top ten expat neighborhoods by number of units currently available. The marked increase in the supply of properties in the Center is largely due to the recent completion of a number of high-profile commercial/residential projects. 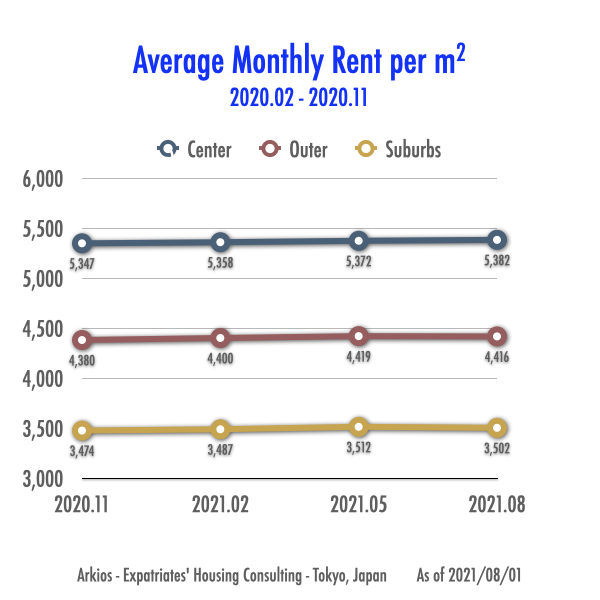 Shows average asking rent figures from the last three quarters. As can be seen, there has been a definite decrease in prices in all areas since later last 2008 as you would guess. Increasing vacancy rates should promote further discount in rents, and finding a larger or nicer property maintaining the same rent or a similar property at lower rent should get easier. It may not be bad idea to evaluate your current rent under the current market. 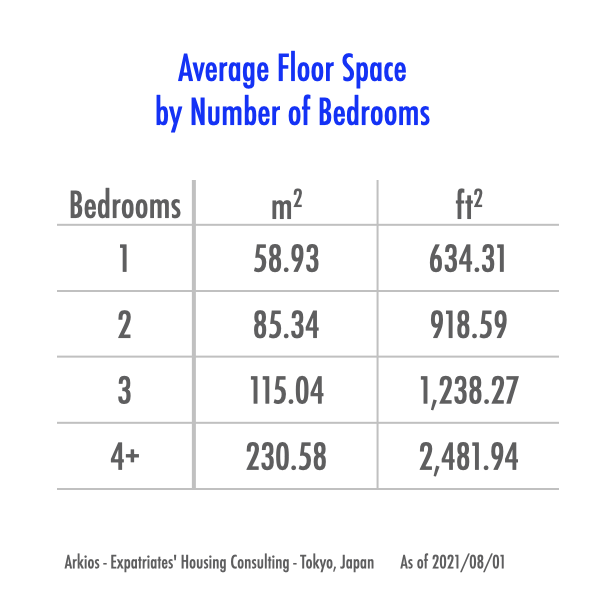 If you know how many bedrooms you need, this simple chart will give you a rough idea of how many square meters you can expect to get. Is it more or less room than you expected? 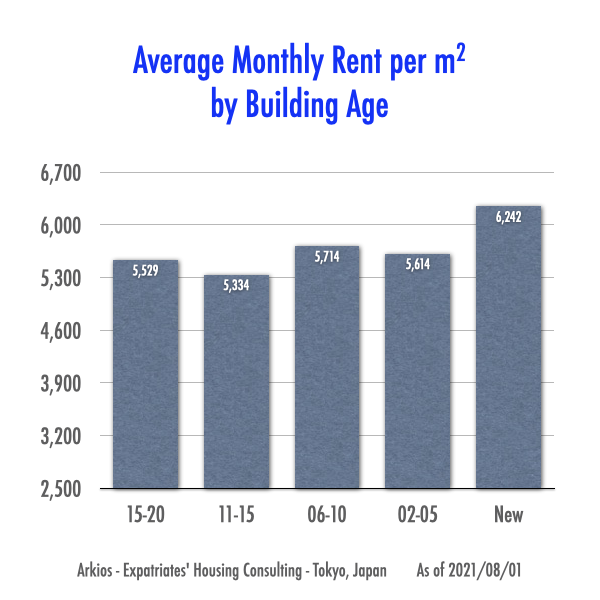 Obviously, the newer a house or apartment is, the more expensive it is. However, the sharp increase in new properties this year has resulted in some serious price competition among them, and across the entire market. The price reductions have probably had the most impact on owners of 2-5 year old properties who were accustomed to receiving premium prices until quite recently, but who are now being forced to lower their rent quite a bit.

If you are interested in further specialized market analysis and research on the expat housing market in Tokyo, please drop us a line at info@arkios.co.jp.